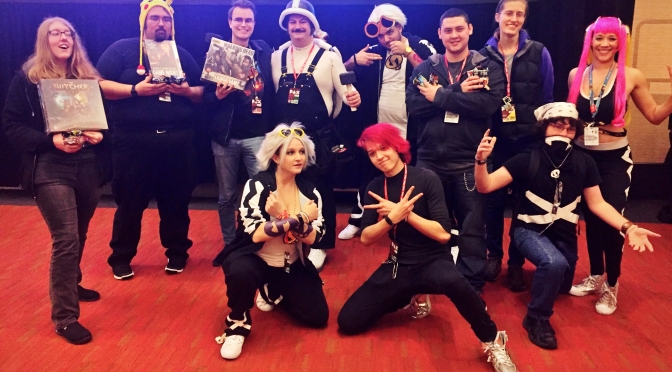 If you were at PAX East 2017, then chances are you might have heard about the StreetPass Game Show! On March 10th (yes – on MAR10 Day!!) we held our 3rd iteration of the StreetPass Game Show! The game show first debuted at Eternal Con, hosted by the SPLI crew in June 2016. Then members of the team took the game show on the road for PAX South 2017, and then off to Boston’s PAX East! We’re on a roll!

In case you aren’t familiar, the StreetPass Game Show is made BY the fans and FOR the fans! We surveyed the StreetPass community and got the top answers to wacky Nintendo-related questions (such as, “Which Smash Bros. character punches like your grandmother?”). Then we tabulate the results and organize a “Family Feud” format game show, where contestants guess the top answers! We even used 1-2 Switch’s “Quick Draw” mini-game as a buzzer each round. It was a blast!

Below, please enjoy some photos from the StreetPass Game Show! We had a strong Team Skull presence at this game show… don’t worry, they did not steal any of the prizes (or anyone’s Pokemon)!

Here’s a special treat for all of you attending PAX East 2014 at the Boston Convention and Expo Center:  StreetPass Long Island, StreetPass NYC and The Pocket Players are hosting a Pokemon panel!  It’s called the “Pokemon X&Y: Competitive Trainer Seminar” and our goal is to help you improve your battle skills.  We are going to discuss the different strategies to breed, train and battle using all of the new features that Pokemon X&Y have to offer. 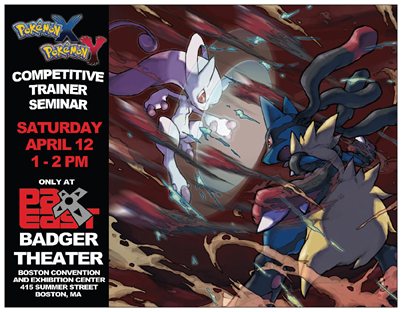 The panel will be located at the Badger Theater at PAX East 2014 on Saturday, April 12th from 1-2pm.  This panel is located within the convention and attendees are required to have an official PAX East badge in order to attend.  Please arrive early as space is limited!