Last weekend, StreetPass Long Island held our first official Meet Up Event!  It was called Brawl it Out – APEX Edition, and was held as a weekend-long event from Saturday Nov. 24 to Sunday Nov. 25.  We held the event at a comic book store called The Arena, located in West Babylon, NY.

On Saturday we held three separate Brawl Tournaments, including SSBB Singles and Doubles, as well as a Project M Tournament to end the evening. 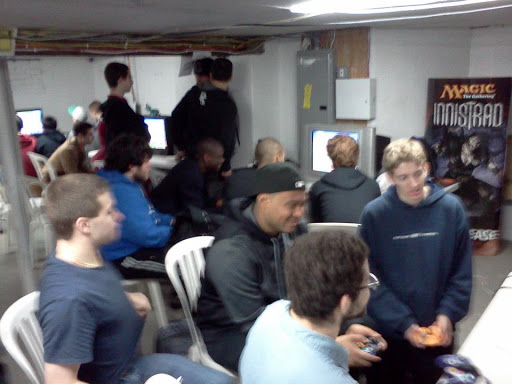 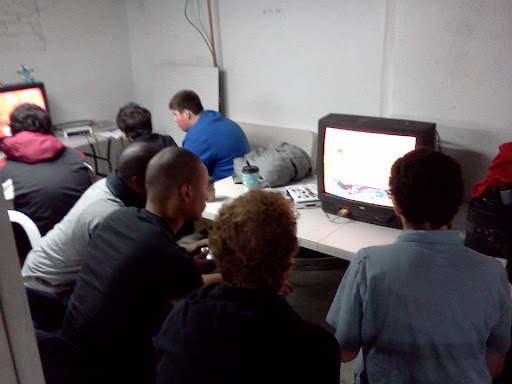 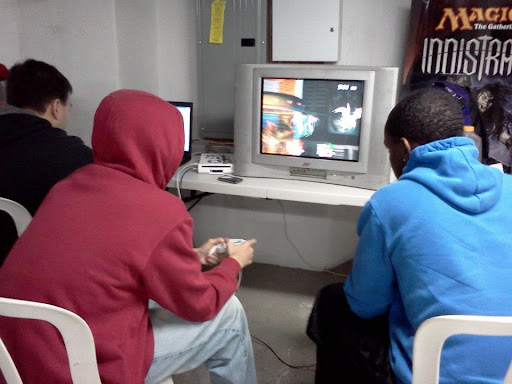 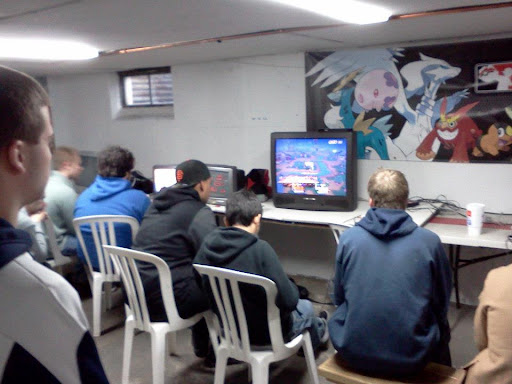 We had a great turnout and the battles were heated to say the least!  Everyone showed off their skills and the victors were awarded cash prizes.  Good luck to everyone who will be continuing their battles at APEX 2013!

On Sunday we held a Pokemon Black and White Doubles Tournament.  The turnout was a little smaller but the competition was just as fierce!  We had a variety of age and experience levels at the Pokemon Tournament, which makes for a much more interesting battle atmosphere! 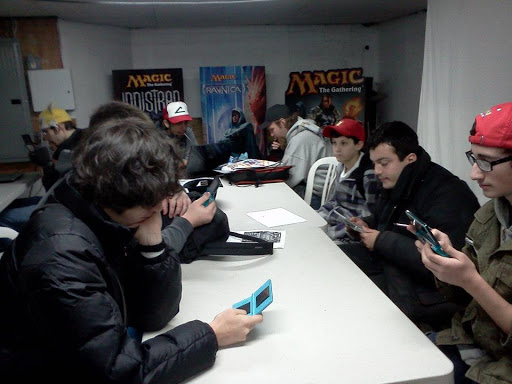 The winner of the Pokemon Tournament won a cash prize and a Pokemon Prize Pack from Comic Con!  Congratulations to all the winners and a big thank you to everyone who participated!  We also had a nice turnout of spectators for both events, and we had a lot of fun just playing 3DS games and getting StreetPasses too.

All of the details of the event and a listing of the winners can be found on the Smash Boards page:  http://www.smashboards.com/showthread.php?t=330250

SPLI is working on setting up a BIG PROJECT that will be a lot of fun!  Please keep an eye out for updates from SPLI to learn more.  We hope to see you at our next StreetPass event! 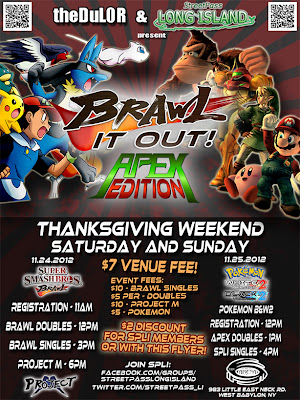 Come out to StreetPass Long Island’s first official meet up! For Thanksgiving weekend, we have joined forces with theDuL0R and Long Island SSBB to bring everyone together for an awesome event!

**ALL TOURNAMENTS LABELED AS APEX WILL FOLLOW THE APEX 2013 RULESET**

Special Bonus: Pokemon SPLI Singles Tournament! Starting at 4PM, SPLI is hosting their own Tournament (Not APEX!) with a SPECIAL NYCC PRIZE PACK for the top winners! There will be a big Pokemon B&W2/NYCC Prize Pack for the First Place winner, as well as a Second Place Pokemon Prize for the runner up. Small cash prizes for the top two winners as well. So please consider joining both Pokemon Tournaments!