Last weekend, SPLI Co-Founders Debbie and Jeff traveled down to National Harbor, MD to attend MAGFest 2014!  It was their first time attending, and there was a lot of cool stuff to see and do!

For those who have never been, MAGFest is a convention celebrating Music and Games (get it, MAG?) held at the Gaylord Hotel and Resort, which is a gorgeous and huge location.  In addition to the regular vendor presence that you see at most conventions, MAGFest also has a freeplay arcade, tons of gaming tournaments and panels, and most importantly… musical performances!  There were several scheduled concerts, and even more impromptu DJ setups and musical performances randomly happening in the corridors of the exhibition area.

Since Deb and Jeff try to attend many festivals and conventions like this, at this point they have certain expectations.  Unfortunately, one major flaw of MAGFest was that they did not meet these expectations in certain areas.  The main problem was that MAGFest did not have a Coat Check available for out-of-town guests staying outside of the Gaylord Hotel.  (The Gaylord Hotel is extremely expensive, and Jeff and Deb found a very affordable hotel just outside of town to stay at instead.)  However, they apparently were being penalized for not staying at the hotel, because they were simply told by MAGFest Staff, “Sorry.  We didn’t budget for a coat check and you have to carry your coats around all day.”  A shrug and a half-hearted apology did not make up for the inconvenience.  There was also a lack of food and drink available at MAGFest.  The hotel lobby had a few options, but nothing was set up for the convention goers.  After having great experiences with food options at PAX East and New York Comic Con, this was another “basic need” that MAGFest overlooked.  Despite having hosted MAGFest for 12 years, the MAGFest staff seemed under-prepared for the event, and there was a major lack of customer service. 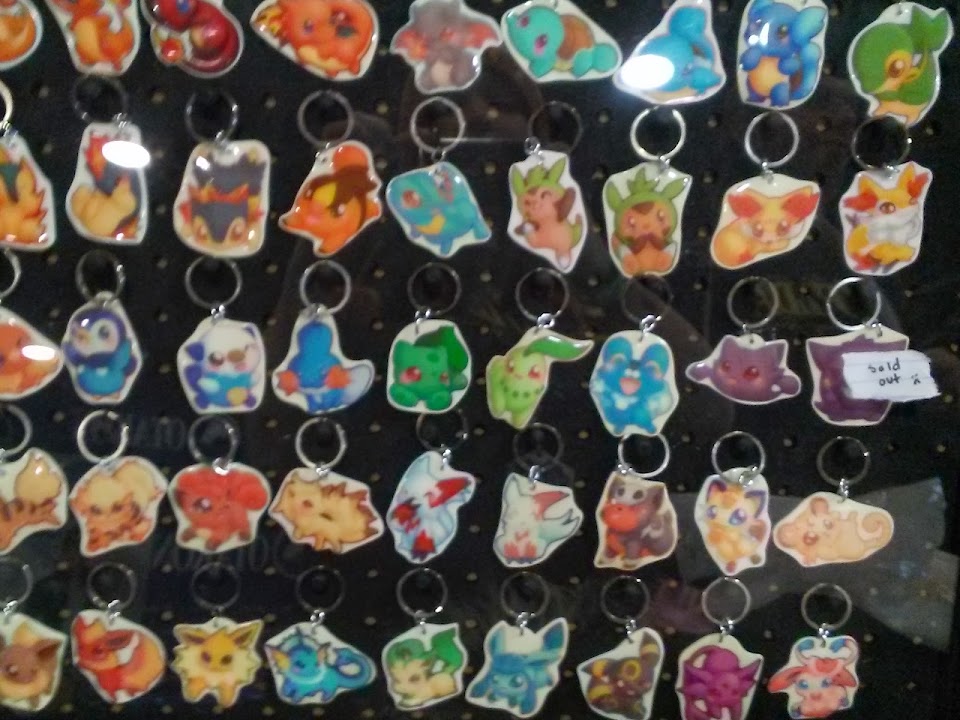 If you are able to look past this blatant issues with MAGFest, the convention itself was a lot of fun.  There was a great selection of vendors, with many of them selling hand-made wares and fan art.  Retro game collectors had a field day sorting through countless NES, SNES and N64 games (as well as GameBoy, etc.) for sale, and the event seemed very Nintendo-centric, which was nice to see.  However, the most popular area was the Freeplay Arcade.  This was a genius idea – they set up rows and rows of vintage arcade machines and rig them so that you are able to play for free to your heart’s content.  Many of the arcade games were old games that hadn’t been played in years, from the original “Mario Bros.” and “Punch Out!” to random classics like “Food Fight!”  People were lining up to play some of the more popular titles.

In addition to the vintage arcade games, there were lots of other retro gaming systems available for people to play.  There was an entire section of Tabletop Games, such as “Donkey Kong Jr.” and there was even a working Virtual Boy for those who wanted to try out some old school 3D action!

Tournaments and gaming events were another big part of MAGFest.  There was an entire gigantic room set up for special organized Tournaments, such as Rock Band Singers and Pokemon Puzzle League, and the action was projected onto huge screens for spectators to watch.  Unfortunately there was a horrible funky stench in this area, so the Tournaments weren’t as jam-packed as one would expect.  Luckily, there was a MAGFest Pokemon League that was stationed just outside of the stinky room, so Jeff was able to take on the MAGFest Gym Leaders without needing a gas mask.

The highlight of MAGFest for the SPLI Co-Founders was definitely the live performance by the Triforce Quartet.  Hundreds of Nintendo fans flocked to the concert hall to hear this four piece orchestra play some Nintendo themes and medleys.  Debbie attempted to record the performance using her cell phone.  While the audio quality of her phone wasn’t great and the video is pretty shaky, you can definitely get a good feel of the music from these videos so check them out!